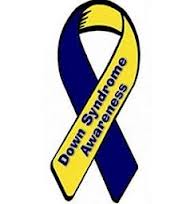 Did you know that October is National Down Syndrome Awareness Month? Did you also know that children with Down Syndrome are more likely to develop celiac disease than other children? According to some studies, the number can be as high as 10%, compared to 0.7% of the general population. That’s a huge deal!  Children (and adults) with Down Syndome are at a higher risk of autoimmune disorders, the two most common being hypothyroid disease and celiac disease. In autoimmune diseases, your body gets its signals crossed and takes its aggravation out on itself. Yup- your body basically attacks, well- your body. In celiac disease, antibodies are made when we ingest gluten. They then turn and begin attacking the small intestine and prevent our bodies from absorbing important nutrients.  The only way to prevent this from happening is by following the gluten free diet. 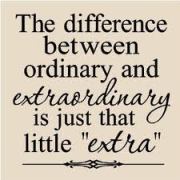 Now, while celiac disease is definitely addressed more frequently now by doctors, it may not be one of the first things they think about in their patients with Down Syndrome.  My point? Well, sometimes parents need to be their children’s advocate, even with their pediatrician. So, if you’re concerned that your child may have signs or symptoms of celiac disease, bring it up at your next appointment! You may be right.